There she worked closely with both emerging and established children’s and YA authors, including Andy Shepherd, Mark Lowery, Isla Fisher, Jo Cotterill and Sebastien de Castell. Alongside Golden Egg, Tilda now works as a freelance children’s fiction editor for publishers such as Usborne and Pushkin, as well as running Children’s Books North, the voluntary network she co-founded in 2020. 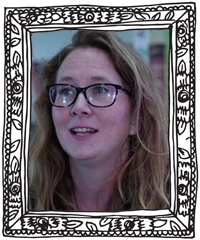