Imogen Cooper, previously Editorial Director at The Chicken House, started the Golden Egg Academy at her kitchen table in 2013 whilst working part time for Barry Cunningham. In 2015 GEA became her main focus and since then she and her academy have helped many children’s writers achieve their dream of being published.

At Chicken House, Imogen edited and published Rachel Ward’s bestselling NUMBERS series; Lucy Christopher’s bestselling novel STOLEN, for which she won the Branford Boase Award for her editorial input; Veronica Cossantelli’s THE EXTINCTS, soon to be a major animation; and the internationally successful MAZE RUNNER series by James Dashner. She was also editor on the INKHEART series by Cornelia Funke, among other notable projects. 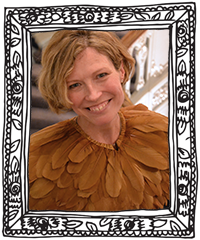